Did you know that Washington, D.C.’s (D.C.) beer history goes back to the founding of the United States? No! Neither did I until I read Garrett Peck‘s Capital Beer: A Heady History of Brewing in Washington, D.C.

As a beer lover and a native to the region, I had so many questions: What part did D.C. play in the beer industry? What was the beer scene in D.C.? Thankfully Capital Beer: A Heady History of Brewing in Washington, D.C. has the answers.

I was expecting a slim history of brewing in Washington, D.C. Instead, I got a well thought out retrospective on the industry, its place in history, and its role in the development of the District of Columbia(D.C.) and the United States. There were four things that stood out the first brewery in D.C., Catherine Dentz, Robert Portner, and beer gardens.

The District of Columbia

Today’s District of Columbia didn’t exist until 1847. In 1749, the city of Alexandria was given to the federal government of the United States of America to form part of the nation’s capital- The District of Columbia. In 1770, Wales Brewery opened on the Potomac River (near present day’s reflecting pool). Over the years the brewery changed hands and eventually moved to D.C. But that was not to be the last brewery many breweries would come and go until Prohibition and not all of them owned by men.

A hundred and six years after D.C. became a city, on July 4, 1876 the National Woman Suffrage Association (NWSA) presented their Declaration of Rights of the Women of the United States to Sen. Thomas Ferry (R-Mich). That same month, Simon Dentz, a local brewer died, leaving his wife, Catherine Dentz, with three children.

Needing an income and having operated the brewery with her husband, Catherine Dentz kept the brewery. Later, she opened a Saloon that sold only her beer. Unfortunately, there is no definitive proof that she was the first. Still, it is amazing to think that in the bustling beer scene that was D.C. a woman was able to carve out a place for herself. Of course, there were men changing the beer industry too in particular Robert Portner.

The D.C. beer scene was booming with production and innovation in no small part to one man – Portner. Robert Portner started out as an influential businessman on the East Coast and became a force in the national beer scene. A German immigrant, he moved from New York to the District to open a grocery store with his friend Frederick Recker after the Civil War.

In 1862, Recker and Portner partnered with Edward Adner, another German immigrant and Union Army caterer, and Kaercher, a brewer, to form Portner and Company Brewery in Arlington. After the Civil War Portner took full control of the company, dissolving the partnerships. By 1872, Portner had a new partner and brother-in-law, Peter Von Valder. Together they expanded the business to include 20 depots throughout Virginia, the Carolinas, and Georgia. At its height Portner’s new company was producing sixty thousand barrels per year in 1890. As a result there was a lot of beer to drink, thankfully there were beer gardens.

Beer gardens brought another option for drinking beer with friends. During the mid to late 1800’s huge numbers of Germans immigrated to all parts of the United States. They brought heaven and a place to drink it, lager and beer gardens. Lager was a welcome treat to colonist, who were used to the heavier ales common in England, with its bright, crisp flavor it was great for drinking in the Districts humid summers. Despite the complexity of making lager, it grew in production becoming a staple of the American beer scene.

Along with lager, German’s introduced the beer garden a place where the working class would get together. The first beer garden in the District was on Capitol Hill in 1850. During the Civil War, beer gardens feel out of favor. Until 1890 when they came back in fashion as a place where people could dress-up and play Bohemian for an afternoon.

Overall, Peck covers the dynamic and influential history of brewing in DC from the first brewery till Prohibition. He goes in depth on Robert Portner and Christopher Heinrich, national figures, that transformed the beer industry in the U.S. by setting trends in production and introducing new technology. The book itself is well paced and indexed with resources that make it necessary as a resource to the beer scene in D.C. If you are interested in D.C.’s beer scene past and present, then this is the book for you. 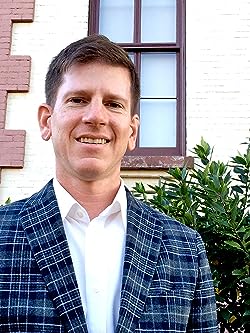 Garrett Peck is an independent historian and literary journalist. His sixth and latest book is “Walt Whitman in Washington, D.C.: The Civil War and America’s Great Poet.” Peck was involved with the DC Craft Bartenders Guild in lobbying the DC City Council to have the Rickey declared Washington’s native cocktail.

Peck leads a number of history-related tours in the Washington area, including the Temperance Tour of Prohibition-related sites in the nation’s capital, which has been featured on C-SPAN Book TV and the History Channel program “Ten Things You Didn’t Know About” with punk rock legend Henry Rollins. He also leads the Walt Whitman Tour, Jazz History Tour, brewing tours of Alexandria and DC, and many others.

Adrienne is a DMV native with an interest in homebrewing (beer and wine), app development, and most things science fiction/fantasy. The District Nerd emphasizes the culture of beer, wine, and technology in the District, Maryland, and Virginia (DMV) communities.

Article By A.E. Hellar Of The District Nerd | The Black Lion is a humble interdisciplinary journal that values your voice. For contribution opportunities, visit the Opportunities page; to learn more about submitting to the journal’s creative magazine, visit the The Wire’s Dream Magazine: Submit. | Copyright Policy