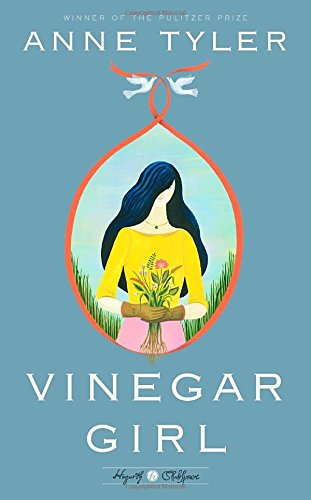 As an Anne Tyler devotee, I was intrigued by Vinegar Girl — her novel which is the retelling of The Taming of the Shrew. My memory of The Taming of the Shrew is a little rusty, but I do have a certain amount of fondness for this particular Shakespeare play, if only because many years ago I watched my husband perform in it as an innocent 6th former.

Kate lives with her eccentric scientist father and her stroppy younger sister whom she reluctantly keeps house for while producing the same boring meal nightly. She works at a pre-school doing a job she does not really enjoy and where she has been put on probation for her lack of social skills. Kate’s father, Dr. Battista, and his research assistant Pyotr are about to make a significant scientific break though. The only problem is that Pyotr is about to be deported. In order to achieve what has eluded him for so long, Dr. Battista is prepared to go to any lengths, even if that means manipulating his eldest daughter in a rather dubious way.

The question is this: will Kate, an independent, feisty woman be prepared to be used in this way? And will she be prepared to sacrifice her self for a man? Both these questions are approached and answered in a quirky and offbeat way.

The complexities of human relationships are handled in the usual clever Anne Tyler style, with astute observation and attention to detail. As expected, characters are engaging and well developed. Perhaps what was more unexpected was the humor found in the characters and in the situations they were in.

Relationships are well developed; and although Kate is perhaps less obstinate than the Kate in The Taming of the Shrew, she is as difficult and spiky as Pytor is awkward. The bond that develops between them against all the odds is well-managed. Kate and her sister go from being constant sparring partners to finding an easie mutual understanding. The other characters are equally entertaining, particularly the resourceful Aunt Thelma. I enjoyed her matriarchal role and her ability to manage her slightly wayward and less than conventional family.

If I’m honest I’m not sure I did enjoy Vinegar Girl as much as I usually enjoy Anne Tyler but it was lots of fun. As I said at the beginning, my recollection of The Taming of the Shrew is a little rusty, so I couldn’t comment too much on its accuracy. I would be amiss if I didn’t mention the cover; I think it’s gorgeous and a very attractive addition to any book shelf or table! 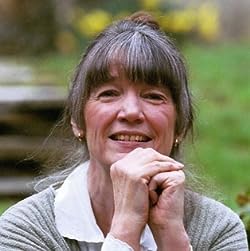 Anne Tyler was born in Minneapolis, Minnesota, in 1941 and grew up in Raleigh, North Carolina. This is her 17th novel. Her 11th, Breathing Lessons, was awarded the Pulitzer Prize in 1988. A member of the American Academy and Institute of Arts and Letters, she lives in Baltimore, Maryland.