I remember reading reviews about Reasons To Stay Alive by Matt Haig when it was published but it was only after hearing Matt speak at the Quick Reads event I attended that I realized I needed to read it. The Cover features quotes from various celebrity readers and newspapers. The difference between these quotes and the usual crop of plaudits that adorn many books is that they all seem to say something valuable, very much like the book itself. I am all too aware that I may have trouble condensing my admiration for this book so do bear with me.

This is a true story. It is the story of Matt Haig, the crisis that struck him in his early twenties, how he came through that, and how he has continued to triumph over the mental illness that almost destroyed him; and how, despite all this, he has learned to live joyfully again.

The first thing I feel I need to make clear is that this isn’t a self-help book — not that I have a particular problem with self-help books but because this is so much more than that. This is the heartfelt story of someone who has lived through the worst of times but found a way through.

At 24, Matt was living in Ibiza with his girlfriend. One morning two weeks before he was due to go back to the UK, he woke up realizing something was terribly wrong. He stayed in bed for 3 days but he didn’t sleep. At that time, he didn’t have words like depression or panic disorder to describe what he was feeling. On the third day he left the villa and went outside to kill himself. For a while he stood on the edge of the cliff summoning the courage to live and then summoning the courage to die. He didn’t die that day.

“I think life always provides reasons to not die, if we listen hard enough. Those reasons can stem from the past – the people who raised us, maybe, or friends, or lovers – or from the future – the possibilities we would be switching off. And so I kept living. I turned back towards the villa and ended up throwing up from the stress of it all.”

It would be a over a year before Matt began to feel anything like normal again and almost three years before he could confidently leave the house. His measure of his progress was how far he could walk on his own. When he was outside without his parents or Andrea, he couldn’t cope. Instead of accepting this, he would force himself into situations where he would make himself go out alone. He describes so clearly the exhausting internal dialogue he constantly had to enable him to achieve this.

If you go back home you will be weaker still. What are you going to do? Go back and be lost and go mad? If you go back the chances of living for ever in a padded cell with white walls is higher than it is already. Do it. Just walk to the shop. It’s a shop. You’ve been walking to the corner shop on your own since you were ten. One foot in front of the other, shoulders back. Breathe.”

Within minutes of starting this book I knew I would have to restrain myself from underlining every sentence. I am very fortunate to have never struggled with depression myself; although I know a number of people who do and who have. If I ever did, I would want to turn to this book for its hope, its encouragement, and its sensible and practical advice. There is so much to learn from it. Depression and mental illness must be acknowledged. Just because it cannot be seen doesn’t mean it doesn’t exist. It’s real and its killing people. We as a nation must engage in conversation; as Matt says, it took him more than a decade to be able to talk openly about his experience. But when he did, the benefits were immense.

“I soon discovered the act of talking is in itself a therapy. Where talk exists, so does hope”

This point is so well illustrated by the response Matt had that when he was on twitter, he asked people with experience of depression, anxiety, or suicidal thoughts “What keeps you going?” with the hashtag #reasonstostayalive. Numerous people responded and a chapter is dedicated to these responses.

There is so much more I could say but I could never say anything as eloquently as Matt Haig. So I shall finish by quoting from just two of the well known figures featured on the back cover. Other than “Go buy this book and read it now,” they both say exactly what I would want to say: 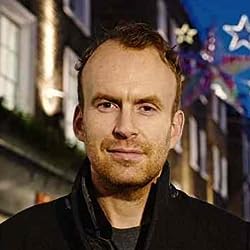 Matt Haig is a British author for children and adults. His memoir Reasons to Stay Alive was a number one bestseller, staying in the British top ten for 46 weeks. His children’s book A Boy Called Christmas was a runaway hit in his own country and is translated in over 25 languages. It is being made into a film by Studio Canal and The Guardian called it an “instant classic.” Neil Gaiman said of his writing: “Haig has an empathy for the human condition, the light and the dark of it, and he uses the full palette to build his excellent stories.” His novels for adults include the award-winning The Radleys and The Humans. » Matt Haig’s Website