As a staple in English British literature courses, Angela Carter’s The Bloody Chamber contains a series of short stories based on familiar fairy tales such as “Little Red Riding Hood.” What is most wonderful about her collection is her ability to capture fairy tale elements that is satisfying for an adult audience. As an added benefit, her collection is a prime illustration of British literature that highlights women’s agency.

Each of Carter’s 10 short stories showcase female liberation and female agency through sexual fierceness, fastidious desires, strong feminine protagonists, and contrasting gender roles — as seen through the eyes of the protagonist in “The Company of Wolves”:

She saw how his jaw began to slaver and the room was full of the clamor of the forest’s Liebstod but the wise child never flinched, even when he answered:

All the better to eat you with.

The girl burst out laughing; she knew she was nobody’s meat. She laughed at him full in the face, she topped off his shirt for him flung it into the fire, in the fiery wake of her own discarded clothing. The flames danced like dead should on Walpurgisnacht and the old bones under the bed set up a terrible clattering but she did not pay them any head

“The Company of Wolves” is a re-inspiration of the classic “Red Riding Hood” or “Little Red Cap” but with a much darker twist. Using the familiar elements of the forest, the old woman, the wolf, and the hunter, “The Company of Wolves” is a fantastic example of female agency, sexual fierceness, and contrasting gender roles. Specifically, Carter juxtaposes aspects of myth with issues of marriage by highlighting this story’s “stolen night of consummation.” In this sense, the female bride is still “virginal” — and the fact that she still is makes her agency more powerful, specifically when she decides how to consummate her so-called stolen wedding night.

Carter’s “The Tiger’s Bride” is also a story with a female lead. In this story, Carter talks about the choices a daughter makes when a father loses her to a card game. The girl’s choices contrast with a common theme of female passivity in that her decisions reveal a way of overcoming a father’s negligence. Moreover, this story showcases her physical transformation (in a literal case) both in a sensual realm, by becoming accustomed to the power of her own sexual agency, and in an active realm, where she learns to find her own control in a demeaning situation:

I squatted on the wet straw an stretched out my hand. I was now within the field of force of his golden eyes. He growled at the back of his throat, lowered his head, sank on to his forepaws, snarled, showed me his red gullet, his yellow teeth. I never moved. He snuffed the air, as if to smell my fear; he could not.

Slowly, slowly, he began to drag his heavy, gleaming weight across filled the little room; he had began to purr

In becoming the tiger’s bride, the main character undergoes a supernatural and metaphorical transformation of the self as she re-evaluates her identity as a woman by beginning to use her newly founded agency.

Ultimately, Carter’s short stories explore these topics in a unique and fantastical way. Each story allows the female character to learn much about herself and about her own power. As a female reader, I enjoy reading the creative development of each character in a process that can easily be understood and, perhaps, replicated in my own writing. Regardless of its fairy-tale aspects, The Bloody Chamber speaks more to the young adult and adult reader from its subtexts than if the same message was said in a different style. I highly recommend this collection for those who enjoy reading about female agency and sexual liberation as well as those who are interested in writing on these topics and would like to find a creative model to follow. 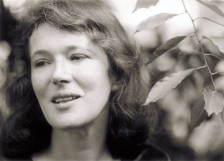 Angela Carter was born in 1940. After her first novel, Shadow Dance, she was immediately recognized as one of Britain’s most original writers. From 1976 through 1978, Carter was Arts Council of Great Britain Fellow in Creative Writing at Sheffield University, and from 1980, through 1981, she was visiting professor in the Writing Program at Brown University. She traveled and taught widely in the United States and Australia but lived in London. She died in February of 1992. // Amazon Author Page

© 2017 | The Black Lion is a humble interdisciplinary journal that values your voice. For contribution opportunities, visit the Opportunities page; to learn more about submitting to the journal’s creative magazine, visit the The Wire’s Dream Magazine: Submit. | Copyright Policy