I’ve been called a “bleeding heart” liberal before — mainly by my husband (whom I typically don’t see eye to eye with politically, although this makes for a more interesting marriage in general); so, when I heard about a book that satirizes liberal hypocrisy, I knew I had to read it.

Class by Lucinda Rosenfeld features a woman named Karen Kipple who, on the surface, appears to be doing everything she can to be an upstanding leftist citizen of Brooklyn. She works as a fundraiser at a non-profit for underprivileged children; she sends her only daughter, Ruby, to an integrated public school with white kids as the minority; she avoids buying processed foods at all costs and searches out independently-owned restaurants and cafes. But as many readers will point out, not only is she SUPER annoying, she treats racial minorities as objects to furnish her life with. She likes the fact that Ruby is surrounded by people of different colors and classes but she secretly wishes there were a few more white kids for Ruby to play with at school.

What makes this book complicated (or dare I say, deep) is the fact that Karen’s aware of how hypocritical she can be — which I found challenging as a reader. I was constantly asking myself whether or not I was supposed to dislike Karen or applaud her for trying to do her best. These dichotomies in her personality were a struggle for me because although Karen was naive, she was constantly trying to do the right thing (which I try to do as well); and although she wasn’t always successful at this, she has a moral compass that was stronger than many other people in the world.

One aspect of this book that I truly enjoyed — and I think other mothers would as well — is the depiction of Karen’s day-to-day parenting. This is where most of the humor in the book comes to fruition and where her observations are pretty spot on. For instance:

“Sometimes it seemed as if the less the fathers did, the more their offspring received them as heroes” (p. 140).

Or, this little gem:

“Karen tried not to judge how other people raised their children, but in truth, she rarely missed an opportunity to do so” (p. 12).

There’s her self awareness rearing its head again — which I can only assume Rosenfeld did on purpose. I think she wanted us to see parts of ourselves in Karen, even if it was painful to do so.

The inner dialogue in this book can be a bit tiresome simply because Karen is constantly chastising herself when she realizes her thoughts come across as racist. This may be a bit of a provocative statement but I think we’re all a bit racist or xenophobic; we all make assumptions about certain cultures and groups of people without really knowing them that well. But it’s how you act on these assumptions that makes all the difference. Like other bleeding heart liberals, I’m hoping that society in general will continue to become more tolerant and accepting of people’s differences.

As the book continues, Karen’s life takes a bit of a strange turn when she finds herself in an extra-martial affair while stealing from her school’s PTA account. In fact, it felt like the genre of the book shifted from a literary outlook at liberalism to a chick-lit romp of unbelievable situations. I didn’t mind it necessarily; it was a nice break from the serious discussions of race and class at the beginning of the novel. But it was a bit unexpected.

I feel like this review was a bit all over the place. I really did enjoy this book. Class offers us a chance to really examine ourselves and our motivations — which is always an important and eye-opening exercise for people of all walks of life. 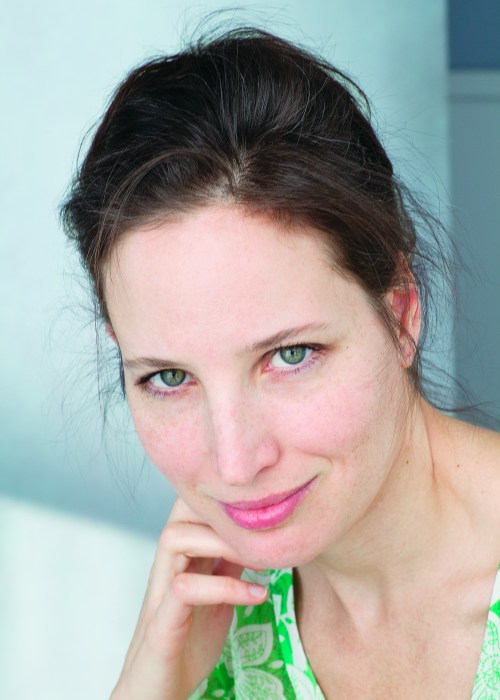 Lucinda Rosenfeld is the author of the novels The Pretty One, What She Saw…, Why She Went Home, and I’m So Happy For You. Her fiction and essays have appeared in the New York Times, The New Yorker, Slate, the Wall Street Journal, oprah.com, and other publications. She lives in Brooklyn, New York, with her husband and two daughters.

Review By Anne Logan Of I’ve Read This: Looking For Something Good To Read? | The Black Lion is a humble interdisciplinary journal that values your voice. Visit the submissions page to learn more about submitting to the Journal’s sections or to The Wire’s Dream Magazine. | Copyright Policy