I am a long time lover of comics and more recently consumed by politics. I can’t stop reading the news, I’m on edge, I’ve ‘lost’ friends, family. But at the same time I haven’t felt this passionate about anything in a while.

On January 20th, 2017 the world changed in a big way when Donald J. Trump was inaugurated as the 45th President of the United States. Writers, singers, scientists, citizens and artists have started a movement. Pen America, recently released a piece called State of Emergency. Here I try to unpack there meanings and bring some context to the text. There are 8 separate comics; I recommend all of them but this week, I am only reviewing 4. | View All Conversations

“Precious Time” features content about the rising nationalism in America. Nationalism is a dark thing. While it may seem harmless enough, it can lead the feeling of ones nation being superior over another. This can lead to xenophobia — an intense and irrational fear of people from other countries. Xenophobia creates a form of otherness that falls mostly in the realm of race. Be honest — are you white? Ok; are you scared of people from the UK or Australia or Russia? Chances are, probably not. Now let me ask you if your scared of people from Iran, Mexico, or maybe China? Nationalism is almost inseparable from race, especially in the American context. Our very foundations are built on the genocide of Native Americans, and our government was forged with the blood of slaves.

Race has always been the most important factor in American life. Thi Bui discusses her struggle of being Vietnamese in America in this comic. She wonders, “Which parts of me were Vietnamese and which were American”? She ends with a powerful quote:

“from space, all of this seems commonplace and small, but down here on earth, our decisions matter”

The final image is of Alan Kurdi.

Perhaps the biggest harm of xenophobia is the tendency to turn away refugees. 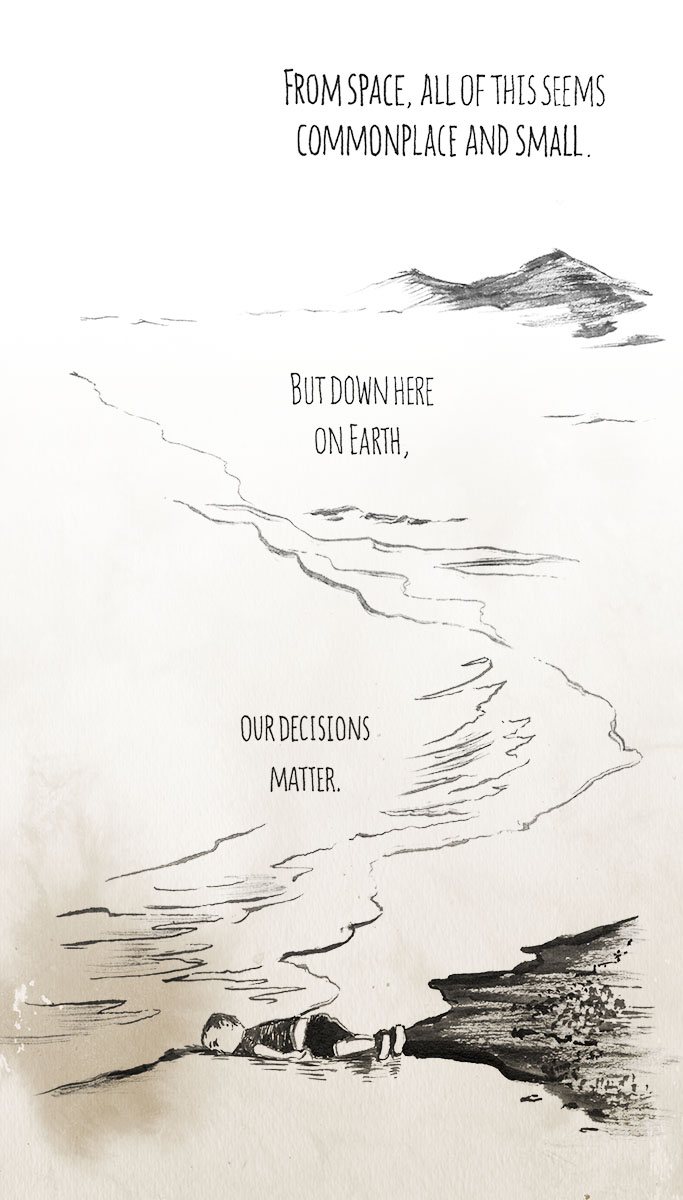 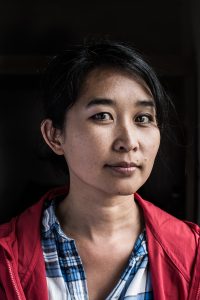 Thi Bui was born in Vietnam three months before the end of the Vietnam War, and immigrated to the U.S. with her family in 1978. Her forthcoming graphic memoir, The Best We Could Do (Abrams, March 2017) has been selected as both an Indies Introduce and Barnes and Noble Discover Great New Writers title. She has just finished illustrating A Different Pond, a children’s book by Bao Phi (Capstone, Fall 2017). Thi taught high school in New York City and was a founding teacher of Oakland International High School, the first public high school in California for recent immigrants and English learners. She currently teaches in the MFA in Comics program at the California College of the Arts. She lives in Berkeley with her son, her husband and her mother.

© 2017 Article by Rachel McGill Of Lvl41Rogue: Comic Books & News for TBL Journal | The Black Lion is a humble interdisciplinary journal that values your voice. Visit the submissions page to learn more about submitting to the Journal’s sections or to The Wire’s Dream Magazine. | Copyright Policy