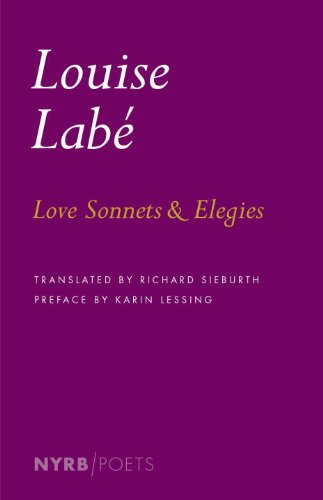 The year was 1555, France, when Louise Labé wrote a Dedicatory Epistile to M.C.D.B.L in her newly completed book of works titled Love Sonnets & Elegies. This dedicatory epistle is a mirror to our own time, strongly giving the impression of contemporary work. The subjects of her poetry are rooted in our human experience with love being the main topic. For some of us, love is something that is both a wonder and a burden. Labé’s work also doubles as an anthem for women’s strength and for the reclamation of women’s intelligence and worthiness in an age of information and education. It’s both eerie and inspiring to read a woman take command on equality and opportunity — especially when she described it as long overdue. I’ll remind you that this was 1555 France, the height of the Renaissance; and in this time, select women were subjected to trivial teachings that were exclusive to the wealthy, such as painting, sewing, and music making. Nothing much about the sciences or other gendered pursuits.

Translated from the French by Richard Sieburth, this edition of Love Sonnets & Elegies from nyrb — New York Review Books –reincarnates Louise Labé’s words and impressions for an English reading audience (reincarnation is a topic explored in In Thailand It Is Night by Ira Sukrungruang).

We travel back in time within memories that could have been created today; within moments that reveal the fears, desires, and betrayals felt by the lovers of our past, our future, and even our imaginations. Siebruth’s translation beautifully captures Labé’s richness in tone and form, and reveals to us the humbling realization that even in the year 1555, people were miserable about love, angry about relationships gone amiss, and hurt for the lies told, in as much of a passion as we feel now. I can’t emphasize enough the connection of Labé’s writing to that of contemporary writers. I believe this is what makes her work powerful: an uncanny ability to write about timeless moments. Here’s a snippet:

Where are those tears once shed & now no more?
Or that Death on which you solemnly swore
You would love me for the rest of your life?

Or was it all a cruel ruse on your part
To pretend to serve me, enslaving my heart?

For I’m beside myself with rage & grief:
But I’d like to think, wherever you might be,
You’re every bit as miserable as me.

Love Sonnets & Elegies by Louise Labé is a collection that historically captures moments of the human condition. This book reminds me that life struggles are not unique to me; and I can use language and creativity as a way to share my experience too.

Illustration Inspired By “Sonnet 14” By Yours Truly (Christina Lydia)

Louise Labé, (c. 1524, Lyon – 25 April 1566, Parcieux), also identified as La Belle Cordière (The Beautiful Ropemaker), was a female French poet of the Renaissance born in Lyon, the daughter of wealthy ropemaker Pierre Charly and his second wife, Etiennette Roybet. Her poetry consists of three elegies in the style of the Heroides of Ovid, and twenty-four sonnets that draw on the traditions of Neoplatonism and Petrarchism. The great theme of her sonnets are the longings, torments and satisfactions of a passionate love which, with no metaphysical concepts evoked and no references to a more perfect world than this one. Her Œuvres include two prose works: a feminist preface, urging women to write, that is dedicated to a young noblewoman of Lyon, Clemence de Bourges; and a dramatic allegory in prose entitled Débat de Folie et d’Amour, which belongs to a long tradition with examples from antiquity through to the Middle Ages.

Richard Sieburth is a Professor of French, English, Comparative Literature from New York University (NYU). His recent excursion into the Renaissance poetics of 16th-century Lyon resulted in his trilogy of translations from Maurice Scève (Emblems of Desire: Selections from the Délie), Nostradamus (The Prophecies), and Louise Labé (Love Sonnets & Elegies). He is now returning to the 19th century with his current edition/translation in progress (for Yale University Press) entitled Late Baudelaire — a compilation of his late fragments (Flares, My Heart Laid Bare, Belgium Undressed, etc.).

© 2017 | The Black Lion is a humble interdisciplinary journal that values your voice. Visit the submissions page to learn more about submitting to the Journal’s sections or to The Wire’s Dream Magazine. | Copyright Policy