Archives / Books / Christina Lydia / Pt. 6 / Reviews
I was shopping at my local Costco — something that I do at least once a month — when I happened to take a peak at the book section. Three books by Jon Klassen, the illustrator who illustrated the well-known book by Sara Pennypacker named Pax (he’s also worked as an animator for films like Coraline and Kung Fu Panda 2), has three books about hats. Now, these books are aimed for children, but like I say about most of the children’s books I’ve recently reviewed, all three books adults will enjoy too. A main reason? They’re ADORABLE.

I first read This Is Not My Hat — one that I personally thought was his best of the three, and is definitely my favorite.

We first meet a little fish who has just stolen a hat. We don’t know who the hat belongs to — all we read are his justifications, his reasons, for stealing this hat. The main one being that the hat fits him just right, better than the owner. It’s not until a few pages in that we see who the owner is. And as the owner realizes that his hat has been stolen, he starts to investigate where his hat went, asking (without any words) who took his hat. The book ends on a good note where the owner has retrieved his hat.

This book is has a great moral lesson for children and creatively explains why it’s wrong to take things that don’t belong to you. Overall, it was my favorite of the three.

I then read We Found A Hat — as you guessed, my second favorite. 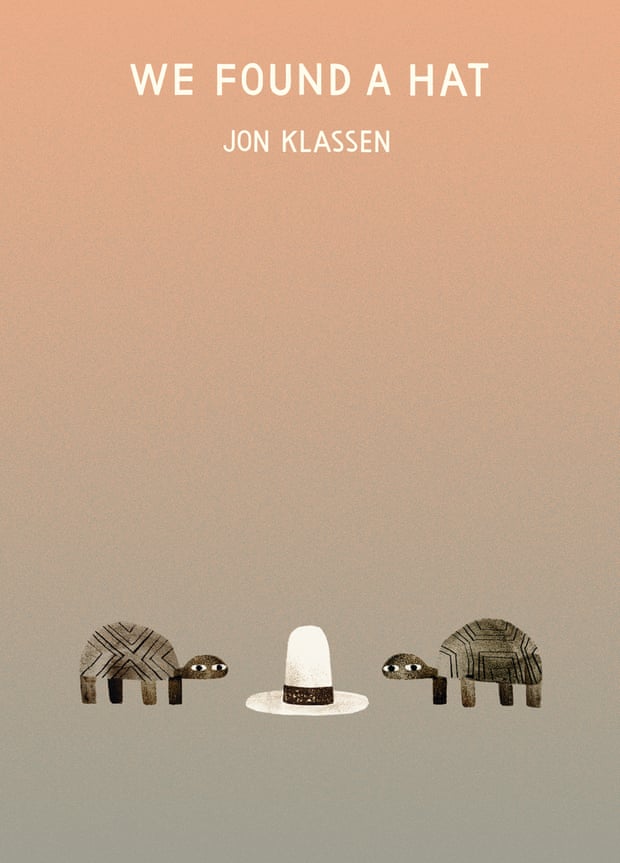 We Found A Hat By Jon Klassen is also a good book for children.

Two turtles star in this story and they’ve both found a hat. Both try on the hat and both try to figure out who looks better with the hat. Without spoiling too much, the turtles come to an agreement that suits them both well.

This book talks about sharing and how to compromise with others quite well.

Last, I read I Want My Hat Back — a good book, but my third favorite.

I Want My Hat Back by Jon Klassen is also a book about stealing, but from the perspective of the owner whose hat was stolen from him.

This story also talks about stealing and creatively shows, from the perspective of the owner this time, what it feels like when someone has been a victim of theft.

The big bear goes around investigating, asking questions, to his neighbors, whether they have seen a hat. Along the way, we spy a neighbor whom the bear has spoken to, that appears suspicious — because he’s wearing a hat! Children will immediately know who stole the hat — but must wait to see if the bear realizes who stole his hat.

This story does a great job in showing how it feels to have something precious taken away. And, it expertly shows what to do to find out how to get back what has been taken from you.

Jon Klassen has become an illustrator to watch for. His books are creatively written and adorably illustrated. They will all sure to become household favorites, if they’re not already.

Visit The Submissions page to learn about submitting to individual sections or to The Wire’s Dream! P.S. Use the social media links below to share with others!